Beyond #Metoo - Sexual harm in the workplace calls for action 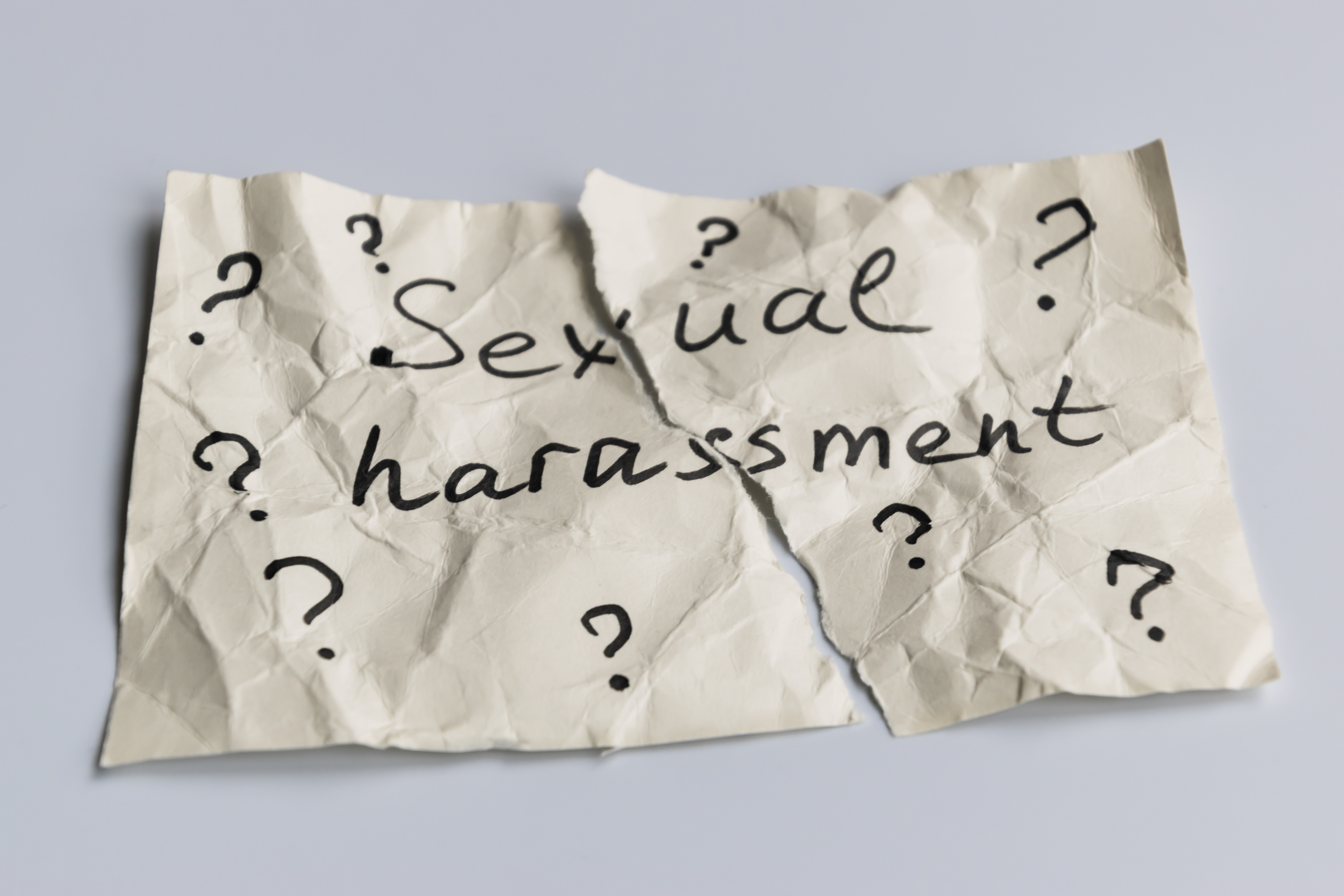 We all have stories of sexual harm from our workplaces, ranging from being made to feel embarrassed, to harassment, assault and other criminal acts.   They stick in our memory, sometimes years later.  The feelings of shame, humiliation, fear and anger stay with us.  An informal office poll uncovered these acts of harm experienced by both staff and clients (and I haven’t included them all):

What is sexual harassment?

Sexual harassment in the workplace is internationally condemned as sex discrimination and a violation of human rights. More than 75 countries, including New Zealand, have enacted legislation prohibiting it. Sexual harassment is unlawful under the Human Rights Act (1993) and the Employment Relations Act (2000). Sexual assault is covered by the Crimes Act 1981. Any type of sexual activity without consent is considered sexual harm and is against the law.

The Human Rights Act (1993) defines sexual harassment as any unwelcome or offensive sexual behaviour that is repeated, is serious enough to have a harmful effect, or which contains an implied or overt promise of preferential treatment, or an implied or overt threat of detrimental treatment. It can happen in person, through text messaging, or online through email, internet chat rooms, social media, or other digital channels.

Incidents can occur in the workplace or outside it during work-related activities such as office parties, out-of-town business trips, client entertainment meetings, and team-building events. Acts that make a person feel uncomfortable or unsafe include:

Unwanted acts of being brushed against, hugged, kissed, or touched in any way that is unwelcome and discomforting. It could also refer to being forced to touch someone else.

Sexually suggestive remarks or sounds, sexual teasing, jokes, remarks, being asked sexually related questions or if someone comments about your clothing, body, or personal behaviour.

Being made to look at sexually explicit images or emails/messages which includes lewd screen savers on computers, nude calendars, and pornography.

Although many situations make the recipients feel uncomfortable and objectified, they often don’t report it.  They often feel ashamed and demoralised but don’t want to “cause drama”.  So often there is an imbalance of power that means speaking up could jeopardise their employment.  If a workplace has no empathy or policy around sexual harm, or denies its existence, people tend to cut their losses, quit and move on.

In New Zealand, there is no specific data available around sexual harm in the workplace. However, a recent survey of crime, commissioned by the Ministry of Justice, shows that one in four people have experienced sexual assault in their lifetime.  The report said 23 percent of adults - or more than 900,000 people - experienced one or more sexual assaults.  94 percent of sexual assaults were not reported to Police. [link]

Many victims of sexual harassment in the workplace never mention their experiences until much later.  When you ask for stories you realise the issue is common and that it happens at all levels of society and across all industries. Sexual harm affects people of all ages and of any sexuality, gender, and ethnicity.

These experiences affect mental wellbeing, sometimes for extended periods of time.  We want to encourage everyone who has a similar experience to reach out and find support if they need it.  Help is available for anyone who faces psychological challenges from sexual harm.  We also want organisations to become more aware of the issues, harm, and know how to respond and stop it happening in the first place.

The global #MeToo movement has given victims of sexual harm more confidence to speak out. The Russell McVeagh Law Firm scandal plus revelations from the NZ entertainment industry, Fire and Emergency New Zealand, the Defence Force and even Parliament has opened the door for an open conversation and meaningful change.

In Aotearoa, news site Stuff launched the biggest, most comprehensive and ongoing investigation into sexual harassment in New Zealand workplaces in February 2018. Senior journalist Alison (Ali) Mau is the editor of the #metooNZ project. She is MC at our upcoming Leaders’ Summit on Monday, June 14, 2021 in Hamilton for which tickets are available now.

Sexual harm in the workplace remains pervasive and largely underreported. To date, neither legislation nor market incentives have been able to eliminate it.  We believe that prevention strategies will deliver the most promising outcomes in reducing sexual harm. These include:

As more women and men have come forward, and the media continues to report people's stories, some organisations have publicly disclosed the issues within their workplaces and communities, including details around their response.  It takes courage to recognise and openly discuss these issues, but it is necessary if we are really going to address worker wellbeing.

We welcome all steps towards positive change as at Tautoko Mai Sexual Harm Support, our vision is a society free from sexual violence and harm. Our purpose is to support all people and communities affected by sexual harm towards wellbeing through healing, education, and prevention.

We’re calling on all leaders and employers to join with us to achieve our vision and show support by attending our Leaders Summit: It’s Time to Talk About Sexual Harm  on June 14 in Hamilton.  You will learn more about robust complaint processes, the impacts of pornography in the workplace, and changing organisational culture.